Well, so far, I think I have been able to keep my promise to you about updates. Here’s the latest.

I’ve been up for a couple of hours and I’m working on Chapter 2 of the book Learning PAGE.

Chapter 1 is currently being looked at by the publisher. We are going back and forth trying to fit my style into theirs and I must say, the process is working well. I haven’t had to give up much. They seem to be pretty willing to take my thoughts and expectations. Yes, there is a bit of give and take on both sides, but as I said, it’s not too terrible.

Chapter 1 is basically an introduction to PAGE itself starting with an overview of the main windows of PAGE and then creating a simple project that really doesn’t do much, but shows some of the basic steps in creating a GUI with PAGE. 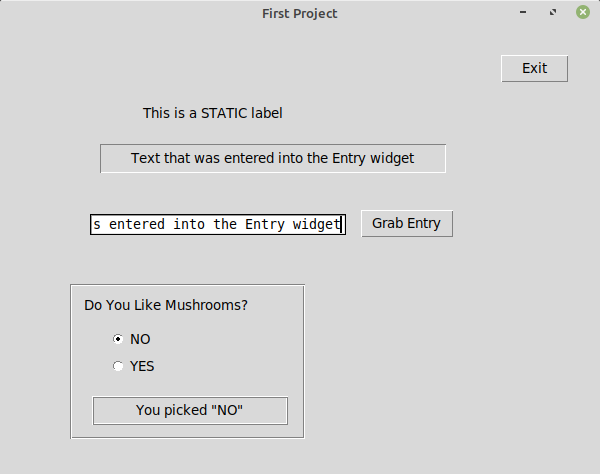 Chapter 2 will cover creating projects with multiple windows and creating projects with splash screens. With any luck, I should have it ready to submit to the publisher on Tuesday September 15 for the first edit. The actual deadline for Chapter 2 is October 6, so I should be way ahead of schedule. However, the introduction and preface are both behind schedule. I wasn’t expecting to have to split the introduction into both an introduction and preface. I figured it would all be one chapter. Oh well, as the saying goes:

Or as Douglas Adams said:

The best laid plans of mice often go astray. Men have nothing to do with it.

Any way, I won’t bore you with my current health situation other than to say that things are not going as well as expected, so things are more difficult as I would like. But like everything I’ve ever done, I won’t let relatively small issues, in the grand scheme of things, keep me from moving forward.

So, until next time; stay safe, healthy, positive and creative!